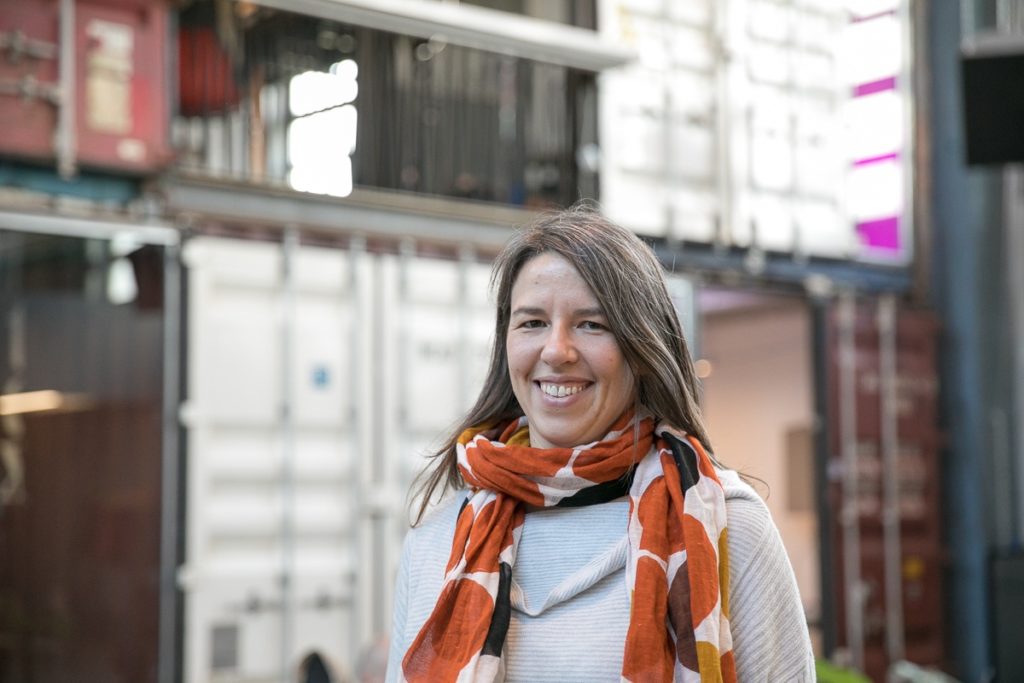 Heather Kirk is an academic researcher turned social entrepreneuer. And even though this might sound like a big change, her current project connects almost seamlessly to her previous work. In 2015, Heather started Social Fabric, a community-focused, sustainable textile centre. They offer a shared working space and courses that allow people to access and (re-)connect with fair and sustainable fabric. Social Fabric also supports refugee integration by giving refugees meaningful employment.

For our #BeBoldForChange interview series, we met Heather to hear about the story of Social Fabric, their plans for the coming years, and about Heather’s personal bold moves.

Elizabeth: Could you tell us a bit about Social Fabric – what is its purpose and what is your motivation?

Heather: Let me start from the beginning: I came to Switzerland in 2011 to work at the ETH and the University of Zurich. My background was plant science and molecular ecology. When I was working in research, I found that the purpose of my work was not very concrete – it was quite theoretical. I always had the idea to do something more impactful and meaningful but I didn’t exactly know how to start.

So I joined the Impact Hub in 2015 and just started to brainstorm. I wanted to do something that was related to my background in plant science, so it was kind of a circular route into textiles. But first, I looked at food and agriculture and I realized that a lot of projects already existed in that area. And then I started looking at the textile sector because most textiles are also plant based. I realized that it is a really huge industry and there are few solutions to address sustainability problems.

At the same time I had a flatmate (who actually is the co-founder of Capacity with Emily Elsner), Alexa Kuenburg. She worked at the university hospital with refugees who had been victims of war and torture. We were always coming home in the evening and talking about our work. And then I thought it would be good to incorporate refugees into our project. So that’s how it got started, combining the textile and sustainability part with the refugee part of it.

How has the project evolved so far? Were there any particular hurdles you had to overcome or has it been a smooth process?

I would say there are always different hurdles all the time. It’s never the case that you get over one and think, “okay, it’s going to be really easy from now on.” There is always some kind of different challenge on the horizon. But for me, that has also been extremely interesting because I don’t have a background in business. I had to learn to do everything that we’ve been doing on the go and I feel like I have grown a lot personally as the company has grown.

Is that what keeps you going when you come up against a tough thing? Do you spin it around and say, “what can I learn from this?”

I think the motivation always changes as the whole company progresses. But in the beginning, I just wanted to do something meaningful and see something develop that was caused by the energy that I put into it.

At the very moment, I’m very motivated by our team – it is really wonderful. It’s great to see all these people coming together, supporting each other and building something together. Because in the beginning, it was entirely me driving everything forward. Then, quite early on, I hired someone through the Impact Hub Summerpreneurship programme and for a long time it was just the two of us pushing everything forward. And now, suddenly, there are many more people with a lot of different skills and ideas, and from really different backgrounds. 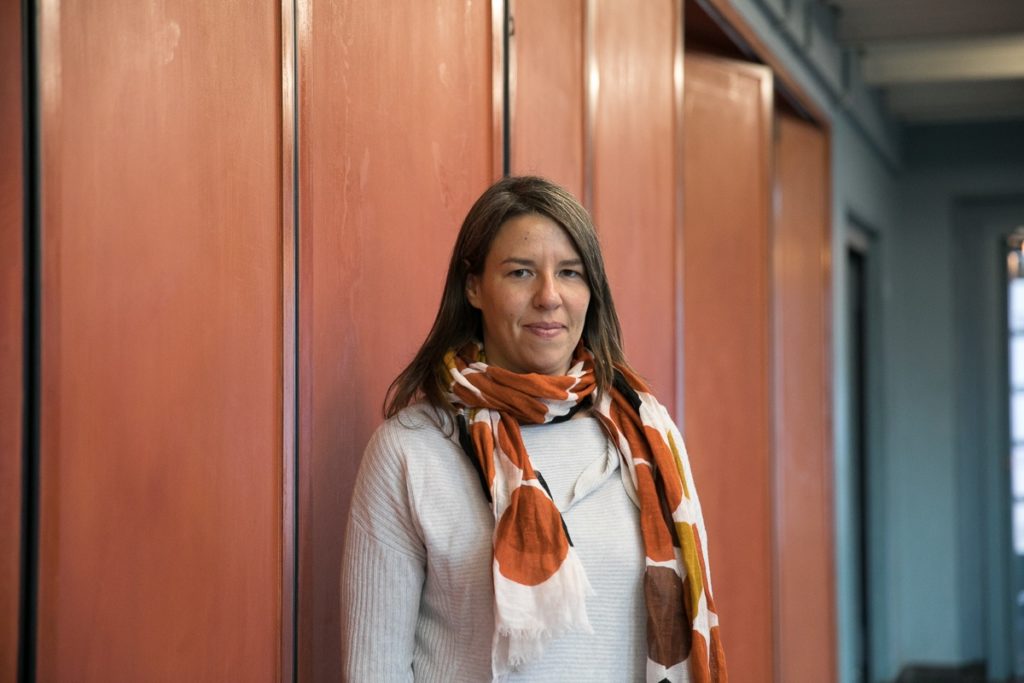 As you said, the Social Fabric team is very diverse. Does that come with any particular challenges?

Less so than I would have imagined! Communication has been a bit of a challenge with some of our team members who don’t speak German or English at a very high level. But it’s actually quite a minor barrier, so we’ve managed to overcome that fairly easily.

And there are some small issues with cultural differences in the workplace. One team member, for example, is very direct at giving feedback and in some cultures that’s a little bit less accepted. So there have been some small discussions about how we do things and how we want to communicate with each other – also in terms of work place culture and so forth.

What are some of the things that you’re proudest of? Some of your mini-achievements? Or the whole getting to where you are today?

I think I’m proud that we succeeded to get through all those tough patches along the way.

And I’m really proud of the team that we’ve built. At the very moment, I’m feeling that that’s our biggest accomplishment – bringing together this group of very fantastic people who are super motivated and who are really pushing the project forward. And we have some really good partners, internationally. So I think it’s mostly about the people. We have a community of people who come and do activities and courses and other projects in our space. And I think the whole community together is really, really nice.

The theme for this interview series is “Be Bold For Change”. In your life, what were some moments when you have been bold?

Well obviously, totally changing career paths is a bold move. But my personal feeling is that often if you knew what’s about to come, you would never start doing it in the first place. So maybe it’s not necessarily boldness but rather ignorance.

I think it’s a matter of just getting started. I would say that’s the boldest thing you can do in any part of life. If you want to do something, it’s not about making a bold plan and figuring it out. It’s just really putting on foot in front of the other, just going ahead. I think that’s probably the boldest thing that anyone can do.

Regarding Social Fabric’s impact in the clothing and textile industry more broadly – can you see ripples? Are you having interesting conversations? Can you see people copying?

I think our big vision is quite different from what we’re doing now. And honestly speaking, the impact of what we’re doing right now is rather small. We’re doing some textile recycling projects, we’re trying to establish sustainable supply chains, but we’re not the only company who’s doing that.

Part of my motivation from the very beginning was to push forward the idea of creating textiles from food waste in agricultural by-products. I think that’s quite a novel idea that is not really taken very seriously at the moment. So I think if we could get various partners and players to consider that more seriously, that could lead to a big change in the industry. 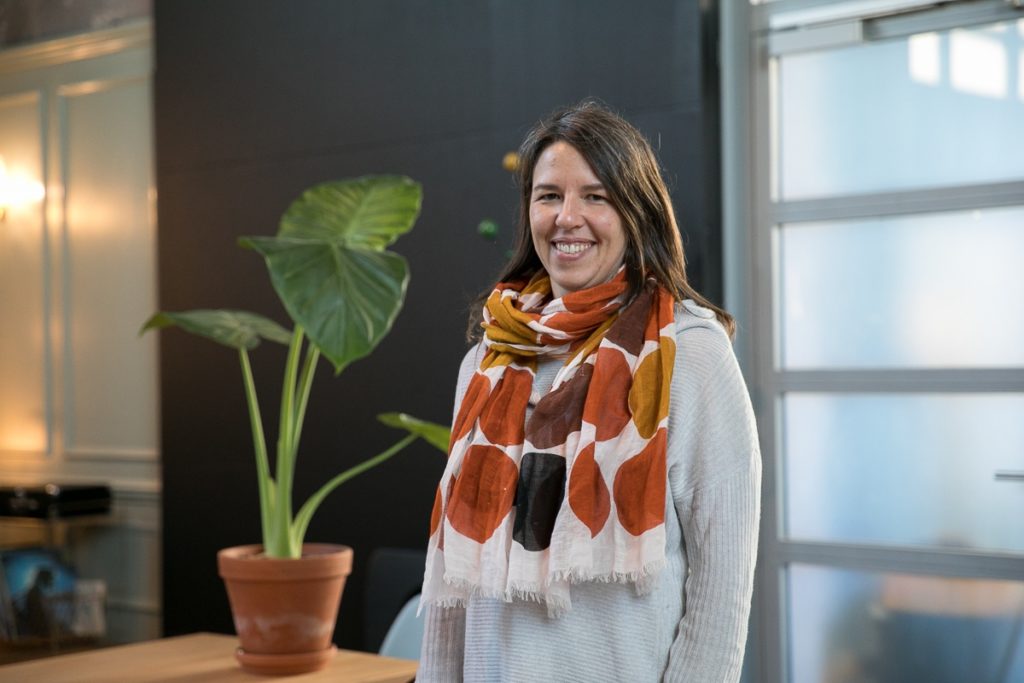 Just going back to the international projects – can you tell us a bit more about those?

So we have 3 different production partners and they are all social enterprises as well. We work with Freeset in Kolkata, India. There we are training and employing former prostitutes.

We have a partner in Romania called Mai Bine. It’s a quite small and young social enterprise, and they’re working with youth in Romania. And that one has been a bit more capacity building, so it’s more about figuring out how to support them and how to give them more business.

And then we have a newer partner in Greece called Soffa. They retrain and employ refugees and victims of human trafficking.

What’s next for Social Fabric? What are your plans for the next few years?

We’ve been working on process management: really trying to figure out how we do things at Social Fabric and write that down. Because next year, we’ll start to scale a little bit more and then we’ll run into problems like making sure that we can deliver products on time and so forth. And as we scale, we need to have easy ways of dealing with those problems. We’re trying to get all those processes in place right now, so that we can deliver more next year.

For this interview series, we are talking to inspiring, bold women, who change the world in their own little or big ways. Is there anyone you could recommend that you think this idea of Be Bold For Change would apply to?

One of our board members, Megan McGill, would be quite interesting. She’s a project manager at the C&A foundation.

And Stephanie Feeney: she is part of the incubator programme of Zurich University of the Arts. She’s also been quite engaged in various projects, and she worked for the Impact Hub for a while. She would be an interesting person to talk to.

Heather, thank you very much for giving us an insight into the sustainable textile industry and your work with refugees!

PS: Want to read about more about bold women and their amazing projects? Then check out our interviews with Marion Verles and Emily Elsner!