In 2009 Marion founded Nexus Carbon for Development, a mission-driven organization which supports vulnerable communities in Asia, while reducing carbon emissions. Now as CEO of The Gold Standard Foundation, she leads a standard and certification body aiming to ensure every dollar of climate and development funding goes as far as it can.

Pep Shot’s #BeBoldForChange pledge is to celebrate women’s achievement. To mark International Women’s Day 2017, Elizabeth met with Marion to ask her how she drives change in the climate sector.

Elizabeth: Please tell us about the organization you founded in Cambodia.

Marion: Nexus Carbon for Development is a cooperative of social enterprises and NGOs implementing projects to fight climate change and to reduce poverty. Its aim is to find innovative ways to finance these activities.

When did you first have the idea for Nexus?

The French NGO GERES reached out to me. They wanted advice on how to monetize their carbon credits. We started thinking about carbon finance as an innovative solution to fund development programmes. We also realised how difficult it was for NGOs in Cambodia to sell their carbon credits at good prices. They did’t have much experience negotiating with global financial institutions but I did. That’s when the idea of Nexus was born.

Thinking about being bold for change, did it feel like you were making a bold move by doing this?

Yes, definitely. I left London and a well-paid job in a British bank to move to Phnom Penh, to set up a cooperative of pro-poor project developers aiming to access carbon finance. It was a bold and innovative project and a big personal change for me.

What was the biggest barrier you overcame?

In Cambodia, I soon realised I had underestimated the challenge of creating an organisation from scratch. I had been told that there were donors already commited. But when I arrived, I found that the commitments weren’t very firm. Fundraising was a big challenge.

It was difficult for investors to believe that I would do a good job because I didn’t have a track record in the sector. But I learned. By creating compelling business plans I told our story in a way that convinced people.

Did you face any particular challenges because of your gender?

I’ve always had this feeling that I have to prove myself more than a man. With donor organisations, most of the people I was talking to were men in their late 40s. Some were condescending and didn’t take me seriously. I had to answer many, many questions; credibly, fully and impresively. Then they would change their view. It took a while to win them over.

In Cambodia, my gender was never an issue. Over there, the women are the ones who manage the money. In a store, it’s usually women who take care of the money and the business. I was seen first as an expat, and only second as a woman. 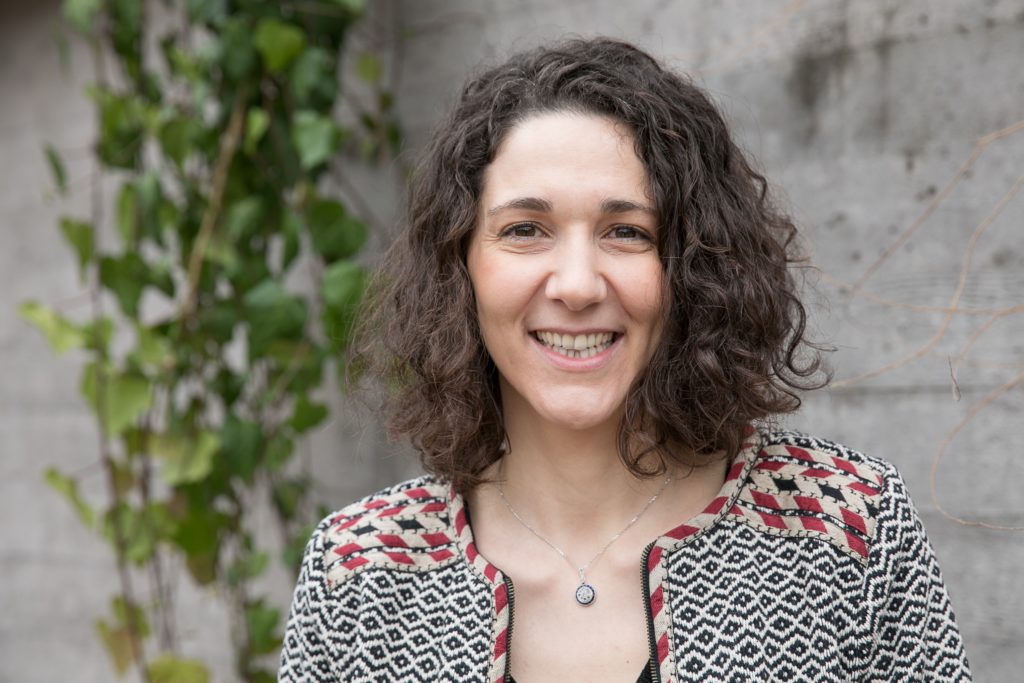 Climate change is absolutely an issue of equity. It’s those that are least responsible for it that are affected the most. And women are on the front line for different reasons. Sometimes it’s because they are already the most vulnerable, so they have the least capacity to adapt. But it’s also due to their role in the family. For example, they are often the ones collecting water and as water becomes scarce they have further to go. And in many developing countries, women are less educated than men.

How do women benefit from the work that The Gold Standard Foundation does?

I’ll give an example. There’s a programme we certify in Cambodia. It gives people access to clean water by distributing water filters. To become Gold Standard certified, any project has to go through a comprehensive audit. During this process, we found that the women employed were earning much less than the men. Before giving certification, we insisted on equal pay – which was implemented.

If I wasn’t committed to climate change, I would commit to fighting for women’s rights. I think I can contribute to both with what I’m doing now.

Do you have policies in place to ensure that women and men within The Gold Standard Foundation can contribute equally to its success?

We are a women-led organisation. We are 5 people in the management team and only one is a man. We often joke that we have a gender problem. Maybe I should make the commitment that by 2020, men will have equal representation in leadership roles!

For me, it’s about diversity in general. The climate sector is very male- and Western-dominated. I find it a bit depressing because it is a topic that impacts everyone. I have challenged all-male and all-Western panels at conferences. Many different voices need to be heard because we need to find a global solution.

You and your partner both work and you have children too. How do you ensure that every one of you is able to fulfil their potential?  – Actually, this is a question that often gets asked of women leaders. How do you feel about being asked that question at all?

If I was a man, I don’t think people would ask me how I manage to have a good work-life balance. Sometimes I pre-empt the question by talking first about my family and how happy my children are. But I usually try to avoid the topic. However, when I want to explain my commitment to climate change, I’ll talk about my daughters. I have definitely become more worried about the future of our planet since I’ve become a mum.

But yes, to be able to juggle everything, I really need to share 50/50 with my partner. Some weeks I do more and some weeks he does. But everything is a joint responsibility and we count on each other at home.

What pledge do you make for #BeBoldForChange?

We’re launching a gender methodology this year. This means that we’re upgrading our standards: every single Gold Standard project will be gender aware. Then, there will be an opportunity for climate-related projects to mainstream gender issues. We’re working on a few dimensions, from women’s economic empowerment, to giving them decision-making power, to saving them time.

Which woman’s achievements should we be celebrating next?

I think you should talk to Caitlin Kraft Buchman from Women@TheTable. She is doing some very interesting things in Geneva.

How to Get Your Picture Taken When You’re Photoallergenic